A short history of the Towner Art Gallery

The Towner Gallery opened in 1923 following the death of Alderman John Towner who left 22 paintings and ?6,000 for the establishment of an art gallery. Victorian narrative painting, mainly of animals and children by predominantly mainstream artists formed the basis of the bequest reflecting its domestic rationale, a tendency that was continued throughout the first 80 years of the Towner?s history, located within the 18th century manor house. The Towner collection now numbers over 4,000 art objects including oil paintings, watercolours, works on paper, etchings, prints, sculpture, wood cuts and ceramic objects. 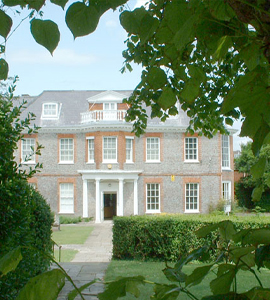 When it opened in 1923 the Towner was located in an 18th century manor house in the Old Town district of Eastbourne, until its closure in 2005.

The Towner Art Gallery?s first curator started the practice of arranging temporary exhibitions to be shown alongside displays from the Collection which have become a major feature of the Towner?s programme. As a result of his ?Pictures of Sussex? policy the collection gradually increased. Pictures were acquired of subjects relating to Sussex. This scheme was later extended to allow inclusion of pictures executed by Sussex artists regardless of subject matter.

By 1962 the Observer could claim it as ?the most go-ahead municipal gallery of its size in the country?. This was mainly due to the purchase of a group of works by modern abstract artists of the 1950s and 1960s. In 1962, the Rector of Berwick Church gave over 35 studies and sketches for the Berwick Church murals.

The new Towner, which opened in April 2009, is a purpose-built state-of-the-art gallery, adjacent to the Congress Theatre.

A key element of the collection is the work of Eric Ravilious (who studied and taught at Eastbourne School of Art). In 1982 the family of the artist deposited on loan in important body of his work. The Towner holds the broadest collection of paintings, illustrations and commercial designs in the world, by this important modern British artist of the early 20th century.

As a result of an agreement made in 1983 the Towner houses the South East Arts Collection of Contemporary Art. Further bequests in 1988 and 1990 considerably enhanced the collection, and the commitment to purchasing contemporary art was recognised nationally.

Reflecting the state of contemporary art in the 21st century, many purchases have been new media or installation based work, and paintings by many artists illustrate this key development for the Towner collection and help demonstrate its unique status as a comprehensive and contemporary collection of visual art for the region.

In 1965 the Friends of the Towner was formed. Since then the Friends have consistently raised funds on behalf of the Towner which have been used to purchase or contribute towards the purchase of works of art and facilities. The Friends look forward to continuing their association with the Towner Art Gallery now it has moved into its new location in the Cultural Centre adjacent to the Congress Theatre.